As the cold winter weather travels across Missouri, grape growers throughout the state begin the process of pruning their vineyards. To produce the highest quality grapes, vines need to be pruned and trained as the grapevine re-invents itself each year. It’s a critical process to ensure proper vine growth and tasty, well-formed grape clusters at harvest. Using hand tools and much care, pruning takes skill and experience. Each grapevine is different and is pruned as an individual when the plant is fully dormant. 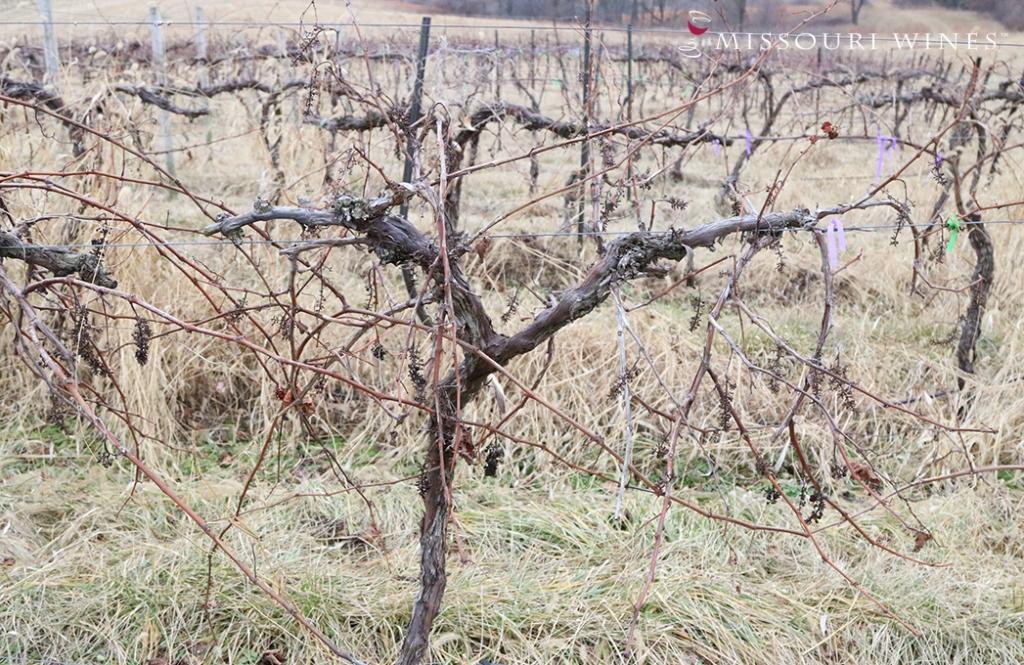 Dormant grapevine pruning takes place prior to bud-break, usually after the coldest winter temperatures have passed. During this time, it’s easier to see the structure of the grapevine without all of the leaves in the way. Diseased wood can be easily identified and removed. Pruning allows for increased air-flow and sunlight penetration within the grapevine canopy during the growing season, which helps reduce grapevine infections from disease.

Dormant pruning is the first step in the season to regulate the amount of grapes a grapevine will produce. According to Viticulture Specialist, Dean Volenberg, of the University of Missouri Grape and Wine Institute, approximately 90 percent or more of the previous season’s growth is removed during dormant pruning. The vine growth that is removed is mainly one-year old wood. The only one-year old wood retained on the vines are short sections of canes that are called spurs. From the buds on these spurs, shoots will emerge that will produce flowers and eventually grapes. Each coming years harvest is dependent on the vineyard management that was done the previous season and how well these buds came through the cold winter months. 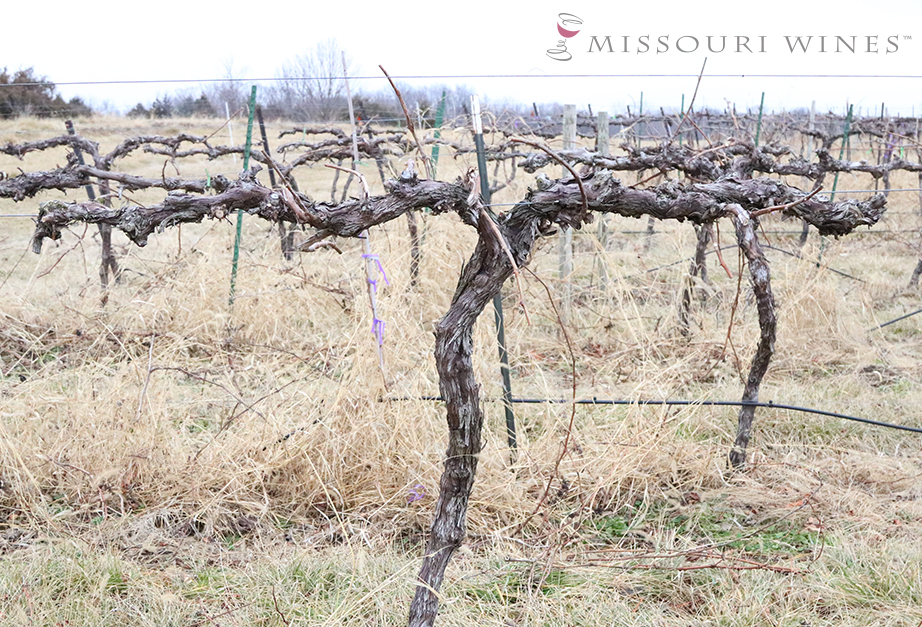 Pruning is a talent that takes years to develop, and for many, is an art form. The secret of grapevine pruning is to balance fruit-load with vine growth.  Let’s cheers to those who work in Missouri vineyards and continue to produce high quality wines!