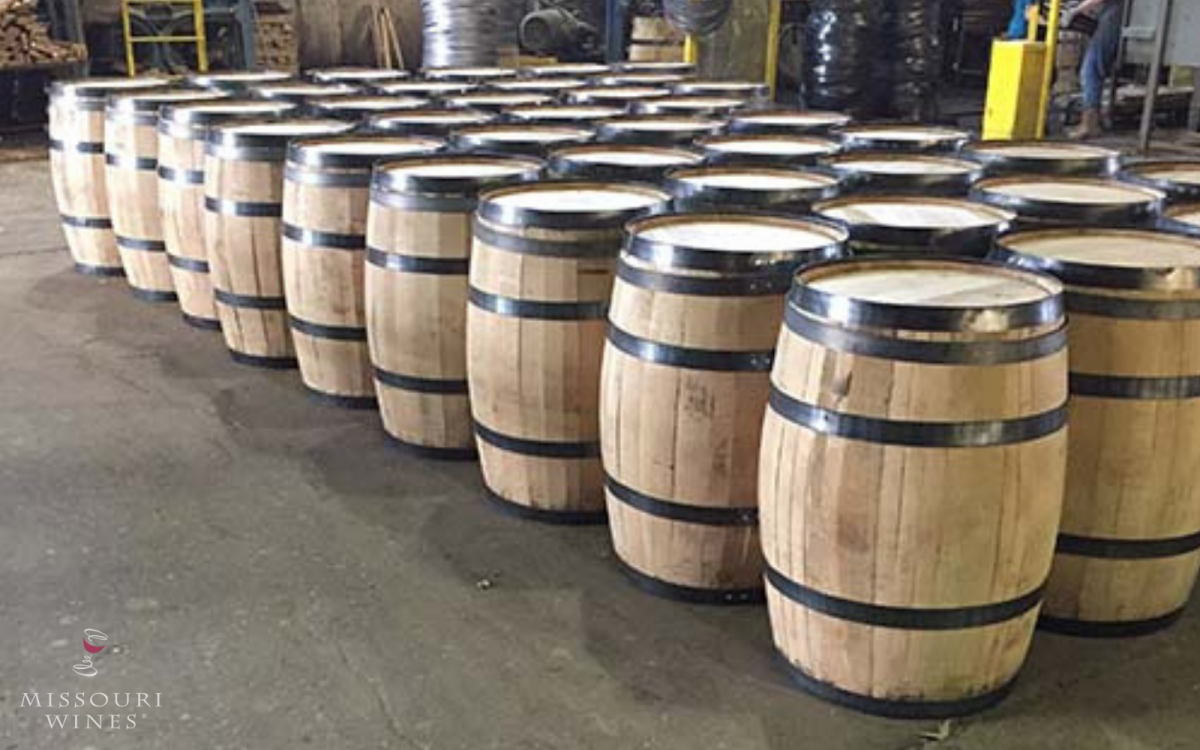 Living in Missouri, we are fortunate to be surrounded by more than 130 fabulous wineries that take pride in their wine.  From grapes to glass, the amount of love and time our wineries and vineyards pour into production is truly astonishing. Throughout the year, as the wineries work together to make their award-winning wines, many of their wines wouldn’t be possible without the wine barrels grapes spend the majority of their aging life in.

So, what do you know about these barrels?  The wine barrels, where the wine spends years hibernating, are extremely important to the flavors these wines take on. Here are the basics of barrel manufacturing and methods that Missouri manufacturers use.

First and foremost, there are two production components for barrel manufacturers. 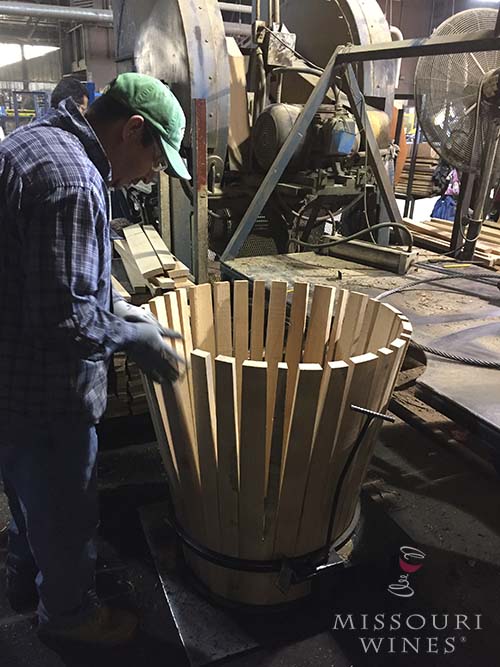 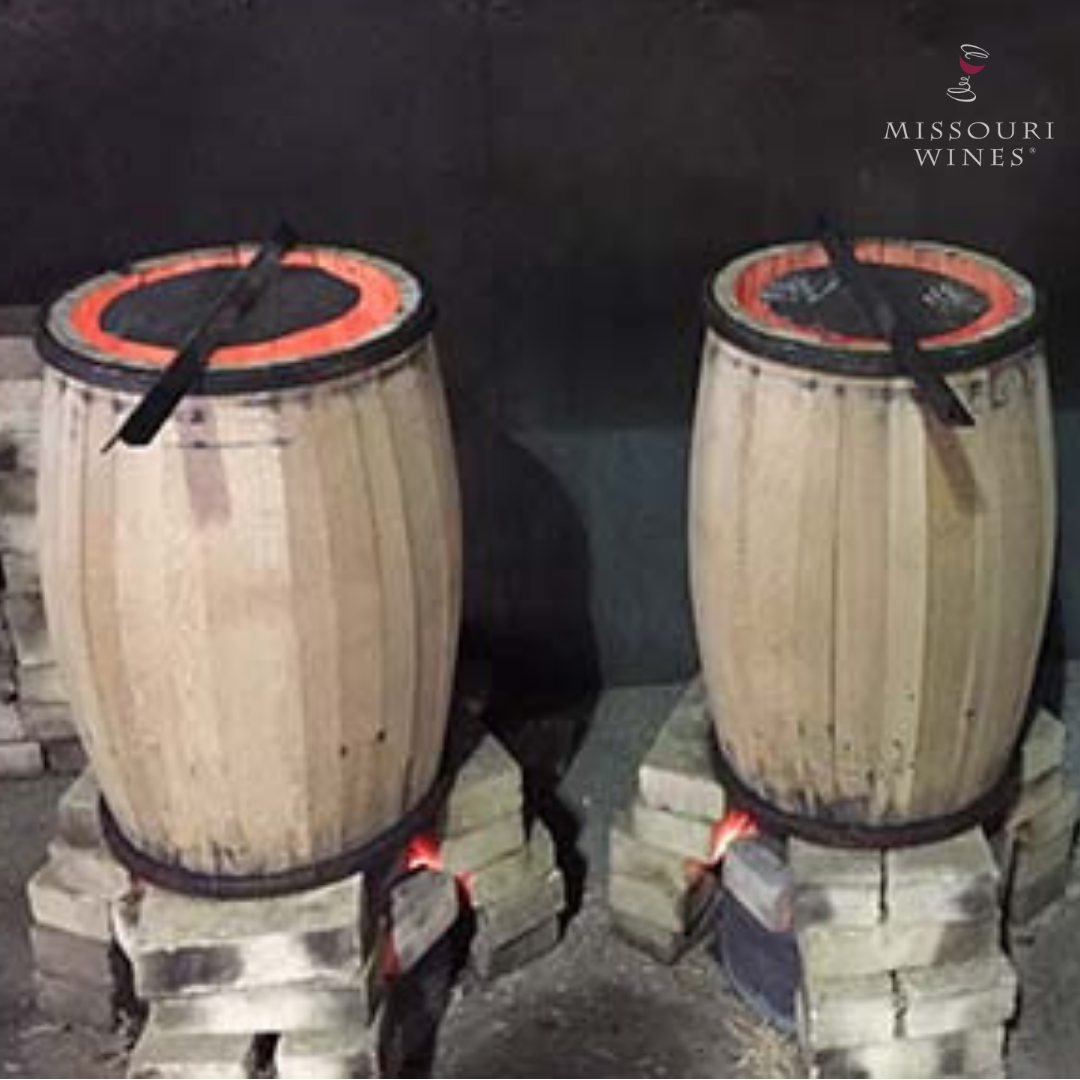 (Stave pieces being formed into barrels)

There are stave mills, which are companies that saw white oak logs into staves for barrel production, and then air dry the staves before selling them. They can also produce headings, which are the tops and bottoms of each barrel. In addition to stave mills, barrel manufacturers are called cooperages. Cooperages oftentimes purchase staves from stave mills to make the barrels. However, each manufacturer has a different process. Some cooperages do the entire process themselves, manufacturing their own staves and headings to produce their barrels from start to finish. But, what’s important to note, is that cooperages may each approach barrel manufacturing in a unique way.

Did you know that the world’s largest barrel manufacturer is located in Missouri?

Independent Stave Company (ISC) is the world’s largest barrel manufacturer and is located in Lebanon, Missouri. ISC was founded in 1912 and continues to grow its 100+ year heritage.

All barrels are made from white oak.

The white oak used to produce barrels is either European oak or American oak. Every single barrel that is made in the world comes from one of those two types of white oak.

There are two ways to test if a barrel is completely sealed.

Now that you know all barrels are made from white oak and how the seals are tested, did you know there is a difference between wine and whiskey barrels?

Not only does Missouri house the largest barrel manufacturer, but ranks 2nd in the US for barrel and stave exports. We are Missouri proud and thankful for all of the barrel manufacturers and the work that they do to ensure that Missouri wineries can produce their best wines.