The Evolution of the Corkscrew 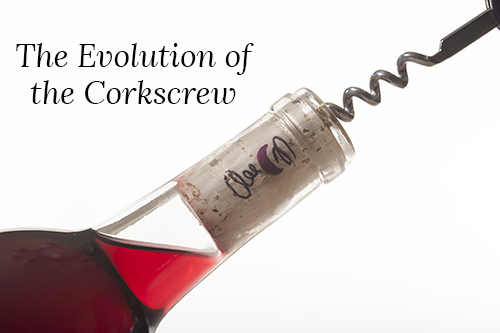 Wine has been enjoyed by consumers for centuries. However, it wasn’t until the 18th century that bottles with narrow necks were introduced into the market. Corks were found to be the best plug for an airtight seal.
No one knows for sure who first came up with the idea of a corkscrew. Historians say its lineage can be traced back to a tool that removed unspent charges from a musket. Prior to the arrival of the corkscrew, wine consumers used the removable gun worm from a musket tool to dislodge corks. 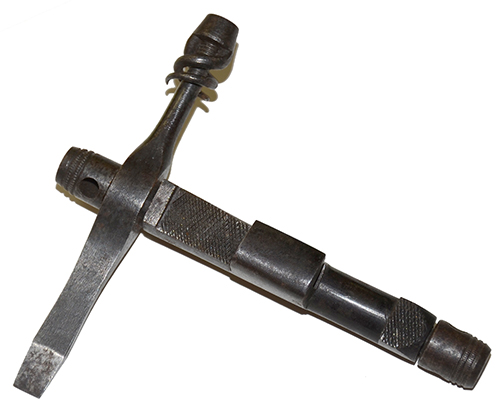 An Enfield Rifle Musket combination tool
Photo source: Horsesolider.com
Englishman Samuel Henshall is considered the father of corkscrews. He received the first patent for a corkscrew in 1795. Since then, the gadget has been reimagined and redesigned.
Ah So, Two Pronged Cork-Puller, 1864 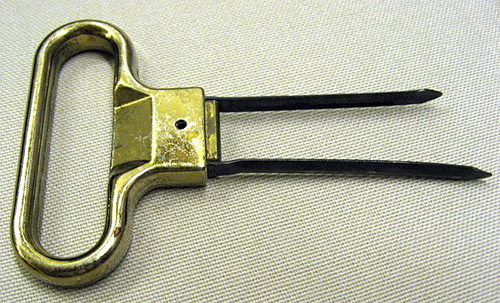 Photo source: Wikipedia
This wine opener may be a bit intimidating for wine consumers; however, if used properly, the Ah So can remove a cork fully intact. This is especially beneficial when a cork is in bad condition. Just slide a prong on either side of the cork and lift. The downside is that it takes a little more time and effort to master the art of cork removal with this gadget. The two-pronged cork puller is more commonly known as the Butler’s Friend in England. It is said that the gadget allowed staff to remove corks, check for wine quality and then replace the cork with none the wiser.
Double Lever Corkscrew, 1880 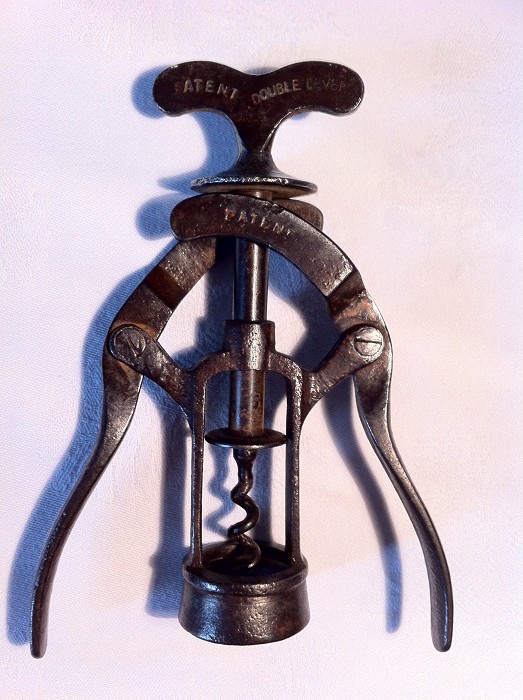 Photo source: collectorcorkscrews.com
William Burton Baker received the British patent for this corkscrew, designed so that both levers were connected at the upper end of the shank. Domenick Rosati, an Italian who immigrated to the United States and worked as a bartender in Chicago prior to Prohibition, received the first American patent.
The Waiter’s Friend, 1882 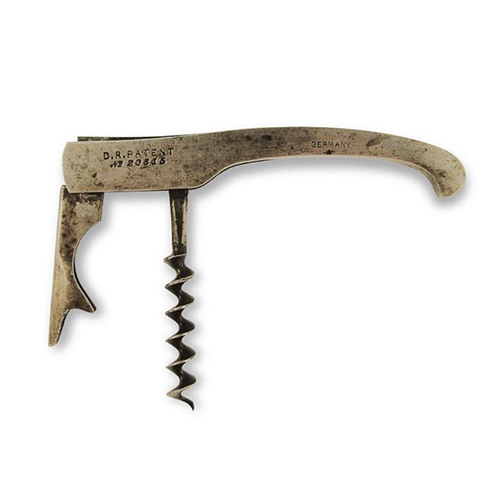 Photo source: Pinterest
German inventor Carl Wienke designed this compact corkscrew. The tool, also known as the “Wine Key” and “Sommelier’s Knife,” includes a screw and a single lever. A variation of this design, the double-hinged corkscrew, makes it even easier for wine consumers to remove the cork from their favorite wine. A little known trivia: the term “wine key” is said to originate from the difficulty that some people had saying the man’s last name, pronounced “Venke” in Germany.
Heeley Double Lever Wine Opener, 1888 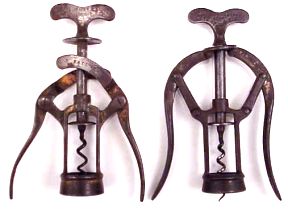 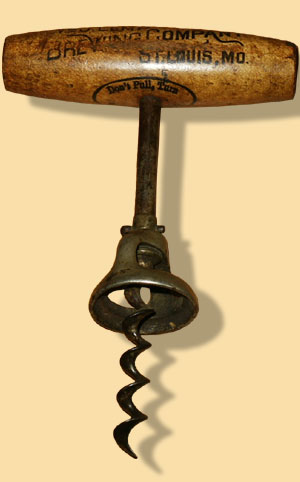 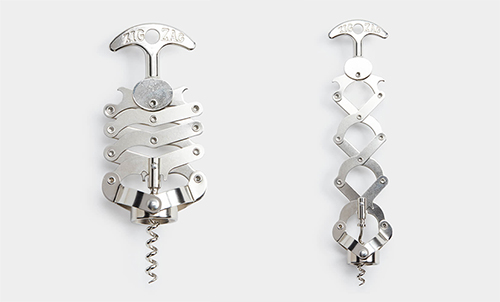 Photo sources: Best Made
Fully extended, the zig zag corkscrew is a geometrical wonder. This classic French device, designed and patented by Marie Jules Leon Bart, uses a series of levers to remove the cork from a wine bottle.
Cork-Pops, 1960s

Photo source: Amazon
This gadget comes with a low-pressure carbon dioxide cartridge. The cork pop’s hollow needle is placed into the cork and the cartridge releases a burst of gas. The increase in pressure releases the cork. One cartridge opens between 60 to 80 bottles of wine. 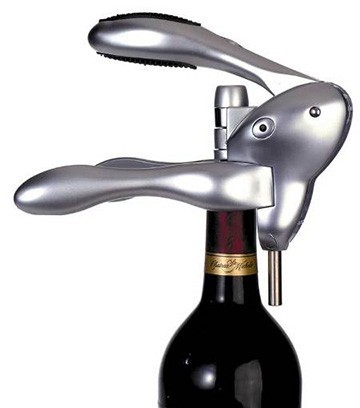 Photo source: Rabbit
If you need to pull a cork in a jiffy, the rabbit is a speedy solution. The company claims their device can remove a cork in 3 seconds flat. Rest assured, these corkscrews have been tested for 20,000 pulls, so they should be able to handle even the largest of your family get-togethers.
Air Pump, 2004 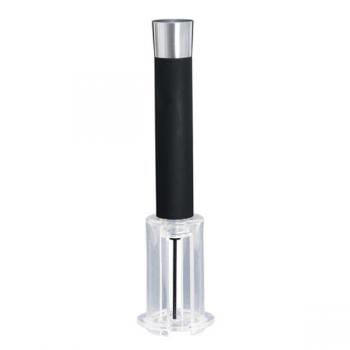 Photo source: EverythingbutWine
This gadget features an air pump and Teflon needle. Insert the needle in the cork and pump until the cork pops out. No twisting or pulling required.
It’s time to take inventory. How many different corkscrews do you own? Unless you’re a helixophile, (a person who collects corkscrews), your stash may be limited. After learning more about the different styles (this article is by no means an exhaustive account), maybe now is a good time to start your collection.