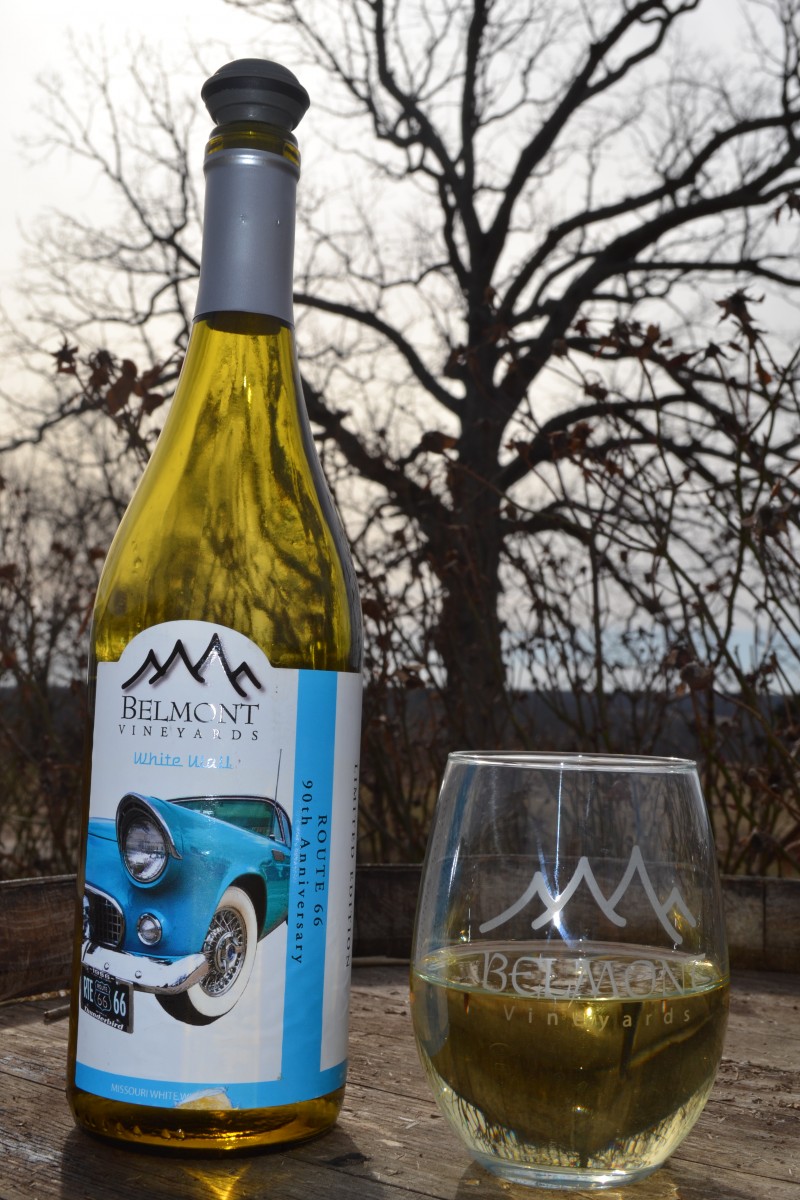 Nestled in the rolling hills along the original Route 66 and just minutes from I-44 is Belmont Vineyards and Winery in Leasburg, Missouri. This is the home of the Route 66 White Wall, a once limited-edition white wine that became a crowd favorite. Its unique label was crafted by patrons of Belmont, and the eye-catching art touts the historic highway that served as the "Main Street of America."

As one of the only wineries located on a physically intact portion of Route 66, Belmont owners Jeff and Trish Voss created some limited-edition wines to celebrate the historic highway's 90th anniversary. They relabeled one of their popular red wines, Braveheart, Tail Light Red, and created one batch of sweet white wine to serve as a limited-edition named White Wall to mark the occasion. 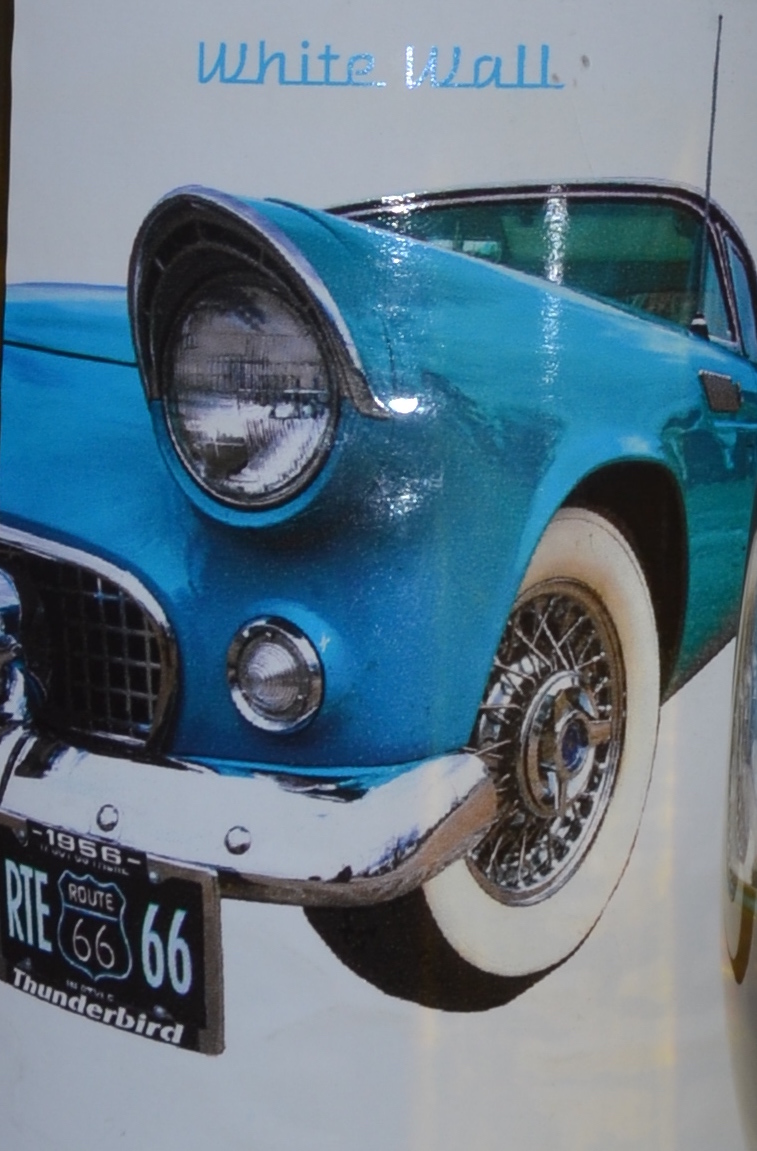 The car pictured is Dr. Eljaiek's Thunderbird, and the doctor was so happy with how the label turned out that he often brings bottles of White Wall wine to display next to the car when he participates in car shows.

The visitors of Belmont Winery were equally enthused with White Wall. What was supposed to be a one batch wine is now a crowd favorite and one of the most popular wines at Belmont. It is light with aromas of pear and apple. With its tropical fruit notes on the palate and clean finish, White Wall is refreshing on summer days.

Outside of the iconic classic car on the label, you'll notice the Belmont Vineyards name underscored by mountains. Belmont means "beautiful mountains," while that might be suiting for the winery's vistas over Missouri's rolling hills, it is also an ode to Jeff's family. Belmont is both Jeff's middle name and his mother's maiden name. When naming his winery, Jeff thought it was the perfect fit.

The once beer maker and retired military man attended high school just six minutes away from the winery. Even as he traveled the country for his military career, Jeff dreamed of returning home to Missouri and opening a winery. While deployed in Iraq in 2006, Jeff received a call from his father to let him know he'd found the perfect spot for his future winery right along Old Route 66.

That piece of property in Leasburg became the destination winery it is today. Since Belmont officially opened in 2010, the winery added more wines, a menu mainly prepared from the couple’s woodfire oven and regular musicians and entertainment for visitors to enjoy. 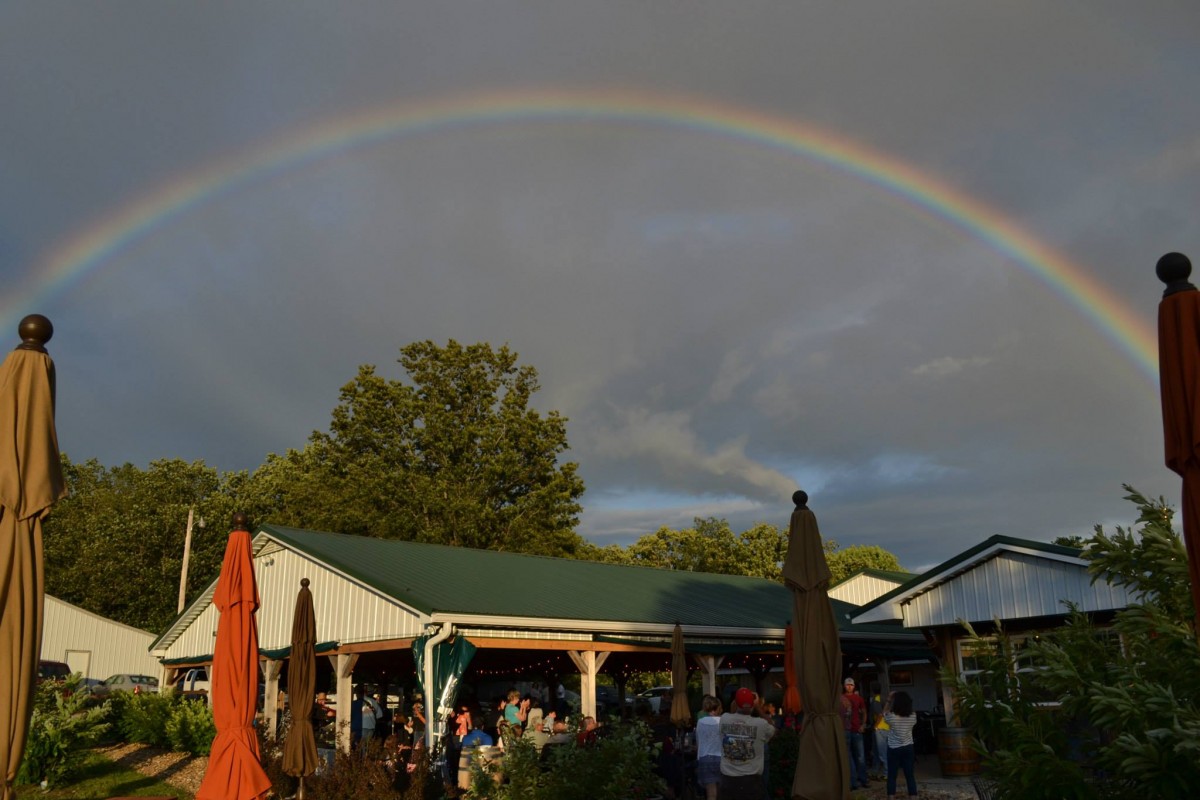 If you're looking for a scenic summer drive full of history, travel the historic highway and swing into Belmont Vineyards and Winery to sample their White Wall wine. Jeff says it will pair great with Belmont's hot wings, which he rubs with spices, including dried peppers grown in their garden. Sweet and spicy seems to be a sure way to get your kicks on Route 66.

For more information about Belmont Vineyards and Winery, visit their website.