Go on a quest to find an arrowhead and odds are you may end your search empty-handed. Get ready to plant your first vineyard and you may just hit the motherlode.

When the Livingstons uncovered several perfectly intact arrowheads while tilling land for their first grapevines, they knew they had stumbled upon something special. They chose to showcase the pattern from one of their finds on the label of their Arrowhead Red, Baltimore Bend Vineyard’s Concord wine. The wine with its quintessential grape taste is a popular choice for those who prefer their sips on the sweeter side of the scale. It’s also sought after by Chiefs fans who enjoy the wine and its unique albeit indirect connection to their favorite football team. 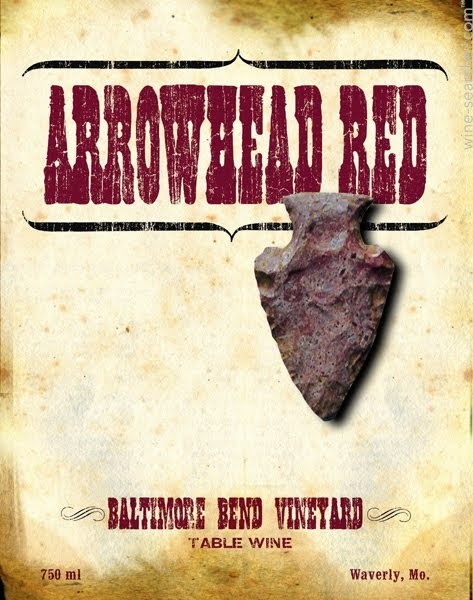 Baltimore Bend Vineyard is truly a family endeavor. Richard and Kathleen Livingston along with their daughter, Sarah Schmidt, planted their first vines in 1997 and opened their winery in 2003. Their son, Scott Livingston, plays a vital role in all aspects of the winery’s operation, focusing on the wholesale growth of the brand throughout the state and region, while Sarah manages the tasting room, tends to the vineyard and serves as the primary winemaker. She takes great pride in crafting delightful wines from the five grape varietals they grow as well as the varieties they buy from other growers.

The Livingston’s boutique winery is located outside Waverly, Missouri, 60 miles east of Kansas City, along parts of the Santa Fe Trail and the legendary path of Lewis and Clark. In addition to being known as a great spot to sip award-winning wines, this small farming community has been hailed as the “Apple Capital of the State” due to the large number of fruit orchards in the area. The winery’s tasting room is the former site of an apple cider production facility.

Waverly is bordered on the north side by the Missouri River, a waterway that greatly influenced the town’s history and development. Native American tribes including the Sacs, Ayauways and Sioux crossed the river nearby in their excursions against the Osage. Tradesmen and pioneers traveled on steamboats, sometimes coasting too close to the murky water’s bends. When it came time to choose a name for their winery, the Livingstons chose “Baltimore,” the name of a riverboat and the nearby bend where the boat sank. Bends in rivers were customarily named after boats that met their untimely demise near them. 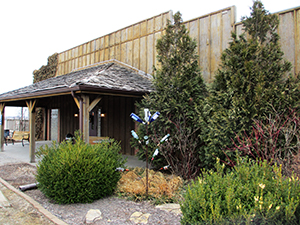 Visit Baltimore Bend Vineyard the next time you are on a quest to sip delicious Missouri wines. You’ll find a variety of wines to try, everything from red to white, dry to sweet. Venture into town and explore the Port of Waverly and Marina, dine on delicious hometown food and check out fresh produce from the local orchards. Enjoy nature? Take a leisurely stroll through the Baltimore Bend Conservation area. And, if your visit happens to coincide with the second week of September, take time to join in the festivities at the Waverly Apple Jubilee.

We hope you continue to enjoy your adventures in Missouri wine country.